CORONAVIRUS: As we are a family-operated manufacturing company, London Power  continues business-as-usual. We are at your service, but it IS quiet here – call or email us! We look forward to hearing from you.

CURRENCY – A NICE SURPRISE! Our prices are listed in CAD – Canadian dollars. Your $100 CAD order is equivalent to about $75 USD.

~The following is an excerpt from our book, The Ultimate Tone – Vol. 2 (TUT2) by Kevin O’Connor

Vintage guitar amps often produce a tone that is described as “round” or “mellow,” and they can produce a desirable overdrive sound. Some of these amps are low powered, and others have lower supply voltages than later models, but many use “cathode bias” for the output tubes instead of the more efficient “fixed bias” method. Cathode-biased output tube tone can be “round” if no bypass capacitor is used, or it can be “crisp” if a cap is used – sounding quite similar to a fixed-bias output stage.

Modern players have the advantage of an extremely wide “acceptable” tone range to experiment within. They are not limited to the relatively clean sounds that were demanded in the fifties. A greater variety of basic amp tones allows the musician to keep his system simple, but occasionally places him or her in the position of requiring more than one guitar amp for a range of music styles. Depending on individual requirements, it is often desirable to be able to have both cathode-biased and fixed-bias tones available from one amp, at the flip of a switch.

Bias switching is a simple task, but demands the use of reliable components – if you buy surplus parts, confirm their integrity with an ohmmeter. One consideration that is not critical for every player, or on every amp, is whether a tremolo feature is present (and used). If a tremolo is used, then we must not disable the fixed-bias supply completely, as it is tied into the tremolo as a “mute” control. In this case, we simply want to disconnect the bias supply from the output stage when cathode bias is desired.

To accomplish the bias switch in the simplest way, a double-pole double-throw (DPDT) switch is required. This should be CSA or UL approved, to assure the quality of the device. It can be a miniature type, though, as the voltage and current stresses are negligible.

In Fig.1, we see a typical Fender bias-balance supply with the new cathode-bias option and switching added. To add the cathode-bias components, you must unsolder the ground straps from pin-8 of each output tube socket. Two 1-ohm 1/2 watt resistors are used to tie the cathodes together, and to the bias resistor (Rk). This resistor will be a high-power wirewound – 1W to 5W, try 500 ohms for a pair of 6L6s, or 800 ohms for a pair of 6V6s. The bypass capacitor (Ck) can be plastic or electrolytic, depending on the value you choose. Its voltage rating should be twice the value of the anticipated DC bias. For electrolytics, make sure that the positive lead is attached to the 1-ohm resistor bridge, and that the negative lead is tied to ground. This cap should be kept well away from Rk, as Rk will generate a lot of heat.

Note that Ck can be switchable also. Place a 10k half-watt resistor in series with the negative lead of the cap, and connect a second mini-switch across the resistor. With the resistor shunted by the switch, the cap allows full output power, and a loud, bright tone. With the resistor isolating the cap (switch open), the power is restricted but the tone is mellower and breaks up sooner.

To switch the cathode-biasing components in and out of circuit, contact-A of the DPDT is wired as in Fig. 1. The other pole isolates the fixed-bias supply from the grid-leak network for the output tubes, as appropriate. The second pole is series connected between the raw bias supply and the bias pot. Lift the wire that goes to the tremolo off the bias pot, and move it to the supply side of the switch contact.

Flipping the switch down allows Rk and Ck to come into play, where the current flowing through the tubes generates its own bias voltage across Rk. Contact-A shorts the tap of the bias pot, and thus the grid-leak network, to ground, so that the cathode-bias arrangement will be complete. Contact-B opens to isolate this newly grounded point from the bias supply. The supply maintains its usual level, so that the tremolo can still be turned on and off at will.

An alternative method using a single-pole double-throw (SPDT) switch and a transistor is given in Fig. 2. The SPDT performs the functions of contact-A in the previous circuit, while the transistor performs contact-B’s function.

In cases where there is both no tremolo and the bias supply is plate-derived (not from its own winding), then an SPDT can be implemented as in Fig. 3. Here, a very large resistance – typically 150k – protects the bias supply diode and source winding from excessive dissipation when the bias supply is shunted to ground.

If the bypass capacitor is used, its value can be determined using the capacitive reactance formula*, and the value of Rk. You must decide what the frequency response of the cathode-bypassed circuit will be. The formula tells you where the response is down by 3db. Maximally flat response occurs starting at a frequency ten times higher. For guitar amps, response to 70Hz is typical, although if response is down at 70Hz, the perceived crispness of low notes will be enhanced.

**Note that the Rk values recommended above are conservative compared to what is typically used in cathode-biased amplifiers. This extends tube life and helps make the tone difference between fixed-bias and cathode-bias a bit wider.

IMPORTANT: Screen stops should be a minimum of 1k-1W flame-proof for all tubes and this is especially important in cathode-biased amps. 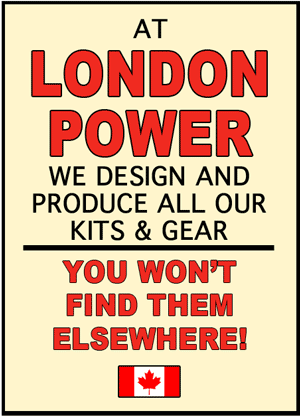